Join to vote for
Francesca Frigo
Join to add to
Favourites

Hace calor with Francesca Frigo, our Playmate of the Month for August 2010. A Latin beauty from Puerto de la Cruz, Venezuela, she has dark hair and eyes, full lips and a deep tan. The youngest in a prominent family, her parents sent her to Miami when she was fifteen to learn English at an American school. “My father wanted me to study international business so that I could help him run his oil company,” she explains, “but I had other ideas.” Before long, Francesca was registered in a fashion merchandising program at a school in South Beach – and then she met Playboy photographer Jarmo Pohjaniemi on the beach. “He gave me his card,” she says. “I was interested, but I wasn’t ready – I was nineteen years old, and my parents would have killed me for even thinking about it.” Four years later, we met again – and this time she was more than ready.

Not many of her friends and family members at home knew that Francesca was an American Playmate, but the secret was out after she was featured on the December cover of the Venezuelan edition of Playboy magazine. “It’s been crazy,” she says. “I miss my family in Venezuela, but I have a new family here with Playboy.” She’s been busy, too – between her American and South American features, she’s been inundated with offers for jobs in and out of the States. “I do have an apartment in Miami,” she says, “but these days, if I’m not at the Mansion, I’m living out of a suitcase in a hotel room.” In the absence of a home base, a broad fan base will have to do, and she tweets in English and Spanish to accommodate all of her fans. Hot commodity or not, one thing is for sure – Francesca will never leave you cold.

As far as we know she began her nude modelling carrer in 2010. Francesca Frigo has 9 covers, 9 photosets to her name.

She's know as: Francesca Frigo and has modeled for these premium nude girl sites: PLAYBOY PLUS.

PLAYBOY PLUS - August Playmates Of The Decade 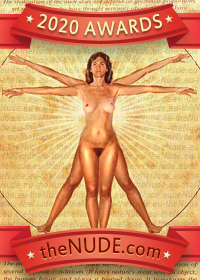